Magnetic fields in excess of 100 T can only be generated at the expense of a drastic reduction in pulse duration. Invariably, they also lead to the destruction of the coil which, however, doesn’t prevent the use of Megagauss magnetic fields (1 Megagauss = 100 Tesla) for scientific experiments.

The LNCMI Megagauss generator is one out of three platforms worldwide that make use of capacitor-driven single-turn coils (STC) to produce fields in the 150 to 250 T range for scientific applications. Although still higher fields can be obtained with flux compression techniques, STCs have the advantage that the coil destruction does not affect the experimentally useful volume: samples, cryostats and other equipment generally survive and experiments can therefore be performed reproducibly.

Magnets generate a force field that acts not only on magnetic objects in their vicinity, but also on themselves: in a simple solenoid the so-called magnetic pressure tends to radially expand and axially compress the windings. The maximum field that can be generated without destruction is therefore limited by the magnet’s mechanical strength. 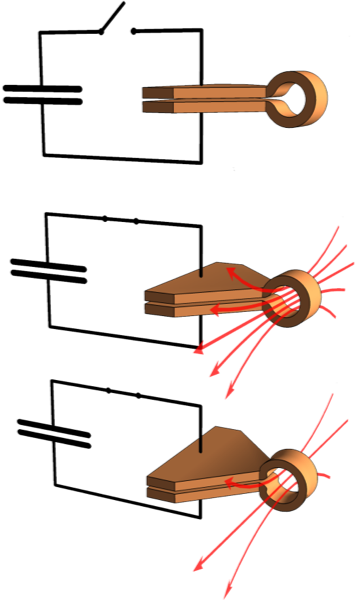 To reach a field of, say, 100 T, a magnet has to sustain a pressure of 4 GPa, which corresponds to a weight of 40 tons resting on a surface of 1 cm². So far, this load has prevented any successful attempt to generate well above 100 T without exploding the magnet. However, this does not mean that higher fields  cannot be generated at all.

The destructive generation of magnetic fields well beyond 100 T is based on a simple principle: Since the mechanical strength of the coil is no longer capable of containing the magnetic pressure statically, one makes use of the inertia of the conductor material to contain it dynamically. In the simplest case, this is done by very rapidly injecting a current into a coil. Whereas both the force and the magnetic field build up instantaneously with the current, the expansion of the coil is momentarily delayed by its inertia. It is within this delay that a high magnetic field can be generated.

STCs are based on the simple principle described above. In a diameter of 10 mm, a STC driven by a state-of-the-art capacitor bank can provide pulses with roughly 6 μs duration peaking well above 200 T. Even higher fields have been obtained by electromagnetic or explosive flux compression, a technique that makes use of an imploding metal

cylinder to compress a magnetic flux captured within. However, STCs have an undeniable advantage for scientific experiments: the inevitable explosion of the coil does not affect the bore volume as the prevailing forces are directed radially away from the field axis. Small cryostats and sample holders can therefore be placed in the bore without risk of damage. 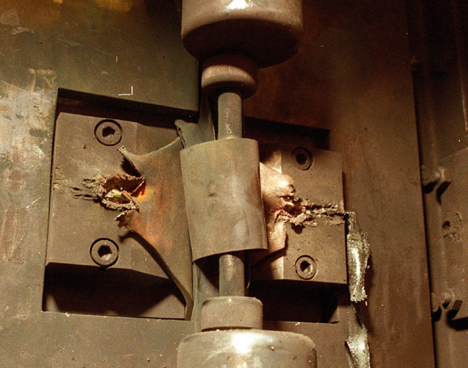 How single-turn coils are used …

With the evolution of data acquisition systems capable of performing real-time measurements with ns-resolution the short duration of Megagauss fields has lost some of its technical challenge. Experiments nevertheless remain difficult as electrical measurements still have to deal with induced voltages whenever a conducting loop is exposed to the transient magnetic field. Moreover, suitably fast capacitor banks can only be switched with spark gaps whose triggering requires electric pulses up to 100kV with nanosecond risetime. Measurements are therefore exposed to electromagnetic perturbations that can disturb or even destroy electronic equipment unless adequate screening is applied.

Despite these obstacles, different measurement techniques have been successfully implemented in Megagauss fields. This includes various optical techniques in the visible, near-  and mid-infrared as well as magnetization measurements with compensated pick-up coils. Progress has also been made with the implementation of electric transport measurements and THz-spectroscopy. Measurements are routinely performed at low temperatures down to 5 K and below