The last ten years have witnessed a surge of interest in the unconventional two dimensional electron gas (2DEG), with a broad range of significant electronic properties which arise at an interface between two insulating oxides. To cite only a few examples, ferroelectricity, metal-insulator transition as well as superconductivity have been evidenced experimentally and constitute an infinite playground for physicists with a wealth of potential applications.

The engineering of the electronic properties would yield to multifunctional devices with a strong response to small stimuli activating either the charge, the spin, the lattice or the orbital degrees of freedom. Compared to silicon and conventional semiconductors, transition metal oxides are complex systems which exhibit structural instabilities, strong electronic correlations and competing ground states.

By combining high field / low temperature magneto-transport and high resolution electron microscopy techniques, we aim at uncovering the electronic properties (band-structure and spatial location of the charge carriers) in correlation with the structural properties of the interface.

Graphene shows a unique half-integer quantum Hall effect. The peculiar square-root like dispersion of the Landau levels (LLs) in graphene induces large energy gaps at low LL indices and allows us to explore exotic transport phenomena even at relatively high temperature. The substrate graphene is deposited on as well as its electrostatic/chemical environment plays a central role in determining the features of the observed QHE. For instance, in high mobility graphene deposited on boron nitride flakes, a complete degeneracy lifting of the Landau levels can be observed and the corresponding spin-valley textures have

been identified. Alternatively, when graphene is grown on a SiC substrate, the last quantum Hall plateau is exceptionally robust with respect to magnetic field. Moreover, it shows metrological quantum Hall quantization, with relative accuracies of the quantized resistance better than 10-9, even at lower magnetic fields and higher temperatures than GaAs-based quantum Hall resistance standards. In this context, it is important to unveil the role of charge reservoirs and chemical environment in the stabilization of the first quantum Hall plateau, and to identify the mechanisms governing the breakdown of the QHE. 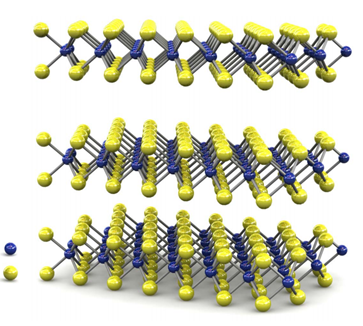 Two-dimensional transition metal dichalcogenides (TMDCs) are electronic systems with unprecedented electronic properties such as large effective mass, strong spin-orbit coupling, spin-valley locking and superconductivity under certain conditions. When a stoichiometric TMDC monolayer is placed under strong magnetic field, the massive Dirac-like dispersion relation turns into a non-degenerate set of spin up/down Landau levels, split by the Zeeman energy. Furthermore, one of the spin/valley branches holds a non-dispersive Landau level. The large ratio of the Zeeman energy to the cyclotron energy is at the origin of novel transport properties, under quantizing magnetic field, where the maxima/minima of the resistance oscillations may change as a function of the carrier density. These unexpected features stems from an enhanced g-factor, which reflects the electron interactions dependence versus the carrier density. For large carrier density, high magnetic field and low temperature are necessary to drive the system into the quantum Hall regime, in order to reveal the transition from even to odd filling factor sequence.