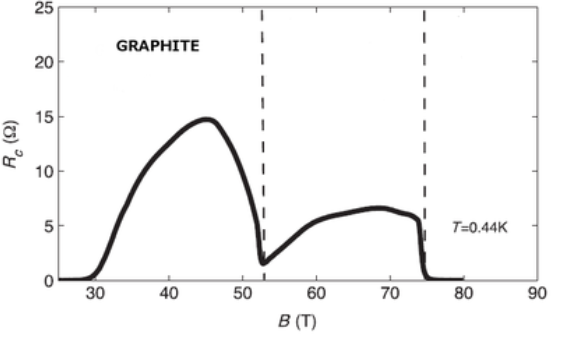 A magnetic field can induce unusual electronic ground states, such as the quantum Hall effect for a twodimensional (2D) electron gas. In the limit where only the n = 0 Landau level is populated (the so-called quantum limit), electron interactions are responsible for the appearance of a variety of many-body ground states such as the fractional quantum Hall effect. In contrast to the 2D case, the electrons in the quantum limit of a three-dimensional (3D) gas has been poorly explored. We study semimetals, such as graphite, where the quantum limit can be achieved with current magnet technologies.