When a magnetic field is applied to a solid, the continuous density of electronic states transforms into a set of discrete energy levels, known as Landau levels. Electrons excited in such a ladder may recombine, with emission of photons. This process can be viewed as the inverse of a cyclotron resonance and it is referred to as ‘cyclotron emission’. The idea to construct A Landau-level laser via stimulated cyclotron emission is as old as the experimental realization of the very first laser itself, and wavelength tunability is the great advantage of this concept. The strength of the magnetic field defines the spacing between Landau levels, and, therefore, also the emission frequency of the laser. This frequency typically corresponds to the far-infrared (THz) spectral range. The successful realization of a Landau-level laser would thus bridge the so-called terahertz gap, which still exists despite the considerable efforts of several generations of physicists. So far, however, despite many efforts, this appealing concept never progressed to the design of a reliable device. This is because of the efficient Auger scattering of Landau-quantized electrons, an intrinsic non-radiative recombination channel that eventually gains over cyclotron emission in all materials studied so far (conventional semiconductors with parabolic bands, but also in graphene with massless electrons). Auger processes are favored in these systems because the Landau levels (or their subsets) are equally spaced in energy.

Recently, researchers from Grenoble, Dresden, Montpellier, and Novosibirsk have explored the Auger processes and cyclotron emission in gapless HgCdTe, a ternary compound with three-dimensional massless Kane electrons. They find that the unwanted Auger processes are significantly suppressed and the lifetime of excited Landau-quantized massless Kane electrons reaches the nanosecond range. It is thus, under comparable conditions, by two or three orders of magnitude longer than for electrons in graphene or conventional semiconductors. The difference is related to the particular spacing of the Landau levels in gapless HgCdTe, which does not include subsets of equidistant levels (for low-energy Landau levels). Consistently with this finding, profound (spontaneous) cyclotron emission from massless Kane electrons has been observed. Systems hosting massless Kane electrons are thus promising candidates for the active medium of a Landau-level laser, which would, in this particular case, operate in the THz and infrared spectral ranges and would be widely tunable by very low magnetic fields. 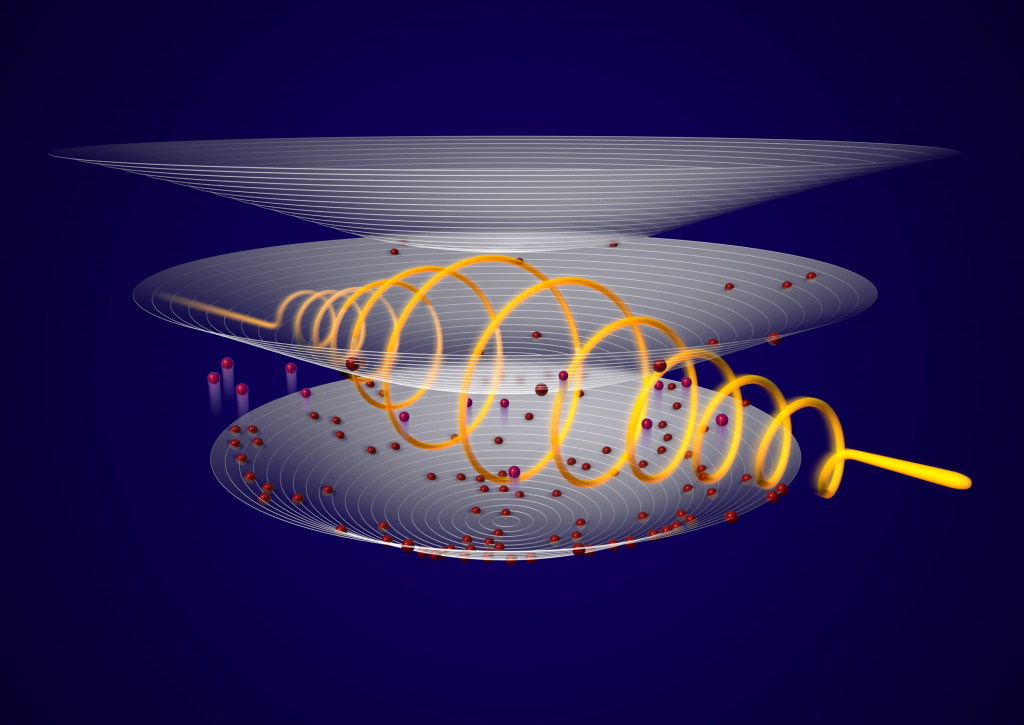